David Beckham cries in his last match, ever! 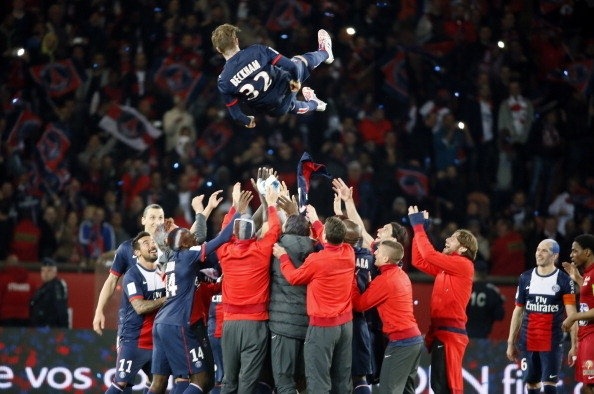 Last night, David Beckham played his last match in his career, as he decided that this season would be the end for him. He played with his french team, Paris Saint Germain, and wore the captain’s arm band, along with a pair of boots designed by him, made especially for this occasion. When he was subbed off at the end of the second half, Beckham couldn’t stop his emotions, and burst into tears. He retires at the age of 38 after 20 years of being a footballer.